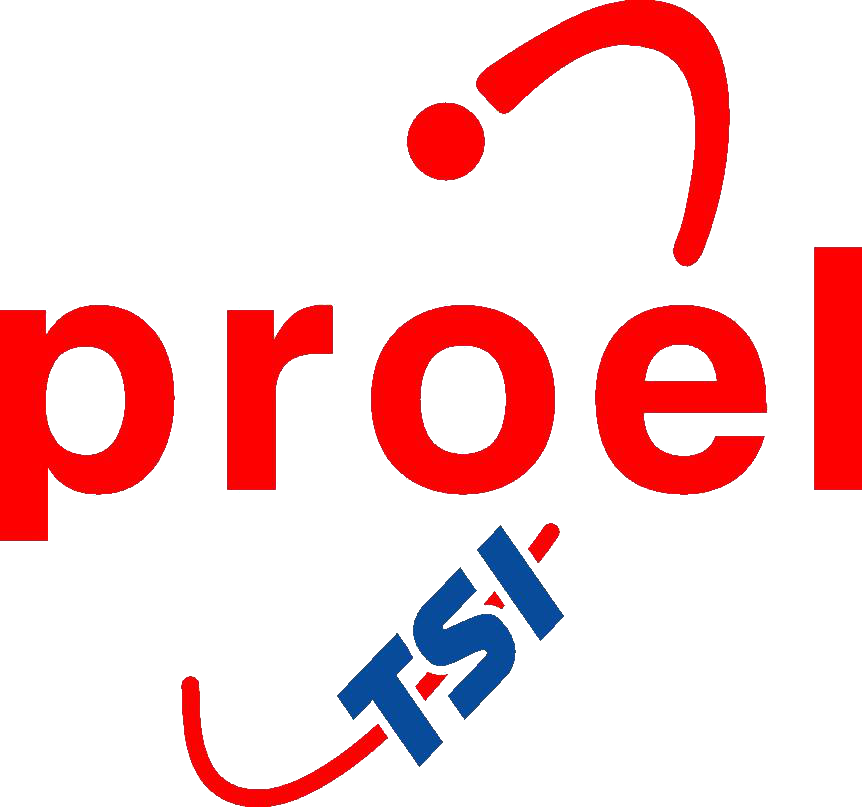 Proel TSI was established in May of 2013 and in June it completed its purchase of the former Proel s.r.l.

Established through a joint investment from Japan and the United States, Proel TSI is set to reinvent the Proel™ brand as a leader in the world of laser technology and design digitizing software. Carrying on with the rich history of its mother company Tohoku Seiki Industries, in Yamagata Japan, Proel TSI is a new company with bold and modern ideas that is ready to serve its customers in the 21st century.

Proel TSI aims to produce affordable, yet cutting-edge technology to aid manufacturing processes with the absolute highest quality and standards known to the modern world.

In keeping with the rich tradition of the former Proel in pioneering new technologies for marking, engraving and cutting, Proel TSI aims to reaffirm the brand Proel™ as the World-Leader in laser technology for the embroidery industry and beyond. The new Proel TSI combines advanced European designs that are durably built through the excellence of Japanese Manufacturing and delivered to the market with the highest customer service standards, known as American Comfort.

Operated by many of the familiar faces from the former Proel, Proel TSI is also backed by a superb team of more than 110 engineers and developers from TSI, Japan. Proel TSI shall continue to provide laser technology to serve multiple industries and applications, as well as, expand its offerings to other technologically advanced fields such as semiconductors and telecommunications.

We began in 1977 as a general electronic design and construction company. Some years later we understood that the embroidery sector was developing rapidly and was well-suited to the application of all the electronic and computing expertise that we had acquired up to that time. Until then, no Italian electronic company had believed in and invested in this sector. The immediate need was to convert the 68 mm Jacquard card into an 8 channel tape to be used with the new embroidery machines that were now being produced with the tape reader built-in. In this way the first "converting system" was born, followed soon by our first "punching system". Both types of product, designed and constructed entirely by us, were conceived using technology that was so futuristic that many of these products are still in use today.

By now the eighties had arrived and Italy did not yet have a competitor able to supply converting systems, embroidery software, card readers and punchers able to rival our products.

The widespread use of personal computers favored the large-scale extension of embroidery technology and for us this meant rewriting all the programs to make them compatible with our Customer's machines. Our first Schiffli system originated in 1984 and we decided to operate simultaneously on Schiffli Machines  as well as on Multihead Machines, certainly not a simple undertaking. Thanks to our persistence we have grown rapidly and thanks to our dynamism we have been able to keep ourselves up to date technologically. The start of the nineties certainly marked the height of our efforts and investments, in particular in regard to software research and development.

In 1991 we inaugurated our new headquarters with its software and hardware research and development departments, mechanical and electronic assembly departments, sales offices, technical assistance center, shipping department and warehouse. At this point, as well as our considerable technological experience, we could also count on a logistic structure suited to trying to increase our market share even abroad. The choice was found to be a winner, and in the space of a year, 65% of our sales came from abroad and the remaining 35% from Italy.

Towards the middle of the nineties, thanks to our embroidery software we had already conquered a good slice of the world market and the trust of many embroiderers... but we wanted to offer them much more. Many Customers needed to cut the fabrics to be used (in particular applications to be embroidered) and so we decided to undertake a new venture: to apply laser technology to the textile sector. Similarly to what we have always done and still do for our products, on this occasion also we decided to achieve our objective by proceeding independently. The result of our efforts has been a series of machines for laser cutting and engraving (EuroCut, FlexiCut, JumboCut, MegaCut) specific to the textile sector but so versatile that may also be used in other sectors.

In 1999 we released the first version of Millennium III, one of the most powerful and complete embroidery packages currently available on the market, suitable for both professional use and for beginners.  Furthermore, in the same year, we became the exclusive Italian distributor for Happy Embroidery machines from the Happy Industrial Corporation (Japan), one of the largest producers of embroidery machines, recognized worldwide for the quality and reliability of its products.

In 2000 we introduced to the market laser machines with video camera, a true innovation in this sector.

In 2001 we released ProShop, the management program for embroidery businesses and we have extended Millennium III with new tools such as Autopunch and PhotoEmbroidery that allow you to convert images and photographs respectively into embroideries, @Embroidery for the creation of multimedia catalogs and the publication of WEB pages and many other innovative tools designed to speed up the work both of the expert puncher and of the beginner.

In 2002 we became exclusive Italian distributors for  Dolphin quilting and embroidery machines  manufactured by Humantex Machinery Inc. (South Korea), the first to market machines able to continuously quilt and embroider a roll of fabric. In the same year, in accordance with our philosophy of total Customer satisfaction, we started to market  Machines for attaching pearls, Ultrasonic machines for attaching thermoadhesive articles (studs and rhinestones) and Ultrasonic machines for plying fabrics. In that same year we also introduced the Galva Laser onto the market, a new machine with a galvanometric laser system that makes it possible to engrave and cut directly on the hoops of embroidery machines. In fact, in this machine the embroidery hoops may be very rapidly hooked / unhooked to/from the cutting plane. In 2002 we also released a new software for laser machines, Focuscut III, a CAD program not only equipped with all the tools needed to draw and import any cutting / engraving shape but also able to rasterize images (photographs) with the aim of engraving them on many types of material.

In 2003 we renewed the entire range of laser machines (FlexiCut, JumboCut, MegaCut) equipping them with new electronics and with very fast brushless motors. Furthermore, we have added a new model to the range, the EuroFlex, featuring a truly compact design. In that same year we also introduced the EvoMatrix onto the market, a new laser machine with a Galvanometric Plotter System that represents a true innovation for the sector as it uses two different technologies (Laser Plotter Systems and Galvanometric Laser Plotter Systems technologies) to enable it to cut/engrave directly on the hoops of embroidery machines (in a similar way to the GalvaLaser). During 2003 (as we have done in previous years and as we shall certainly continue to do in future years) we have improved our embroidery software (Millennium III, ProShop) and our laser machine software (Focuscut III) equipping them with truly innovative new tools and functions. 2003 was characterized by the introduction onto the market of a new model of a compact single-head embroidery machine, the HCS-1201-30 better known as the Happy Voyager, that weighs only 40 Kg.

In 2004 we introduced LaserBridge onto the market, a bridge device that may be used with any multihead embroidery machine to cut fabrics directly on the embroidery hoops, without unhooking them from the machine. This device is the result not only of the application of all the knowledge that we have acquired during the design and production of our Laser Plotter Systems, our Galvanometric Laser Systems and Galvanometric laser Plotter Systems, but also of the use of the most innovative technologies available on the market today.

In 2007 we introduced Flexi-Stone onto the market, the final solution for hotfix stones and it offers all solutions in one machine: AUTOMATIC HOTFIX able to stick stones motifs on HOTFIX TAPES, AUTOMATIC HOTFIX with ULTRASONIC welding system able to deposit stones directly on the fabric without damaging it, AUTOMATIC HOTFIX for already made garments using normal embroidery hoops.

In 2008 year we improved the mechanical part, the electronics and the design of our LaserBridge.
Thanks to “NEW BELT TECHNOLOGY” we improved the Shuttle movement with high precision and we also reduced its noisiness during the processing.